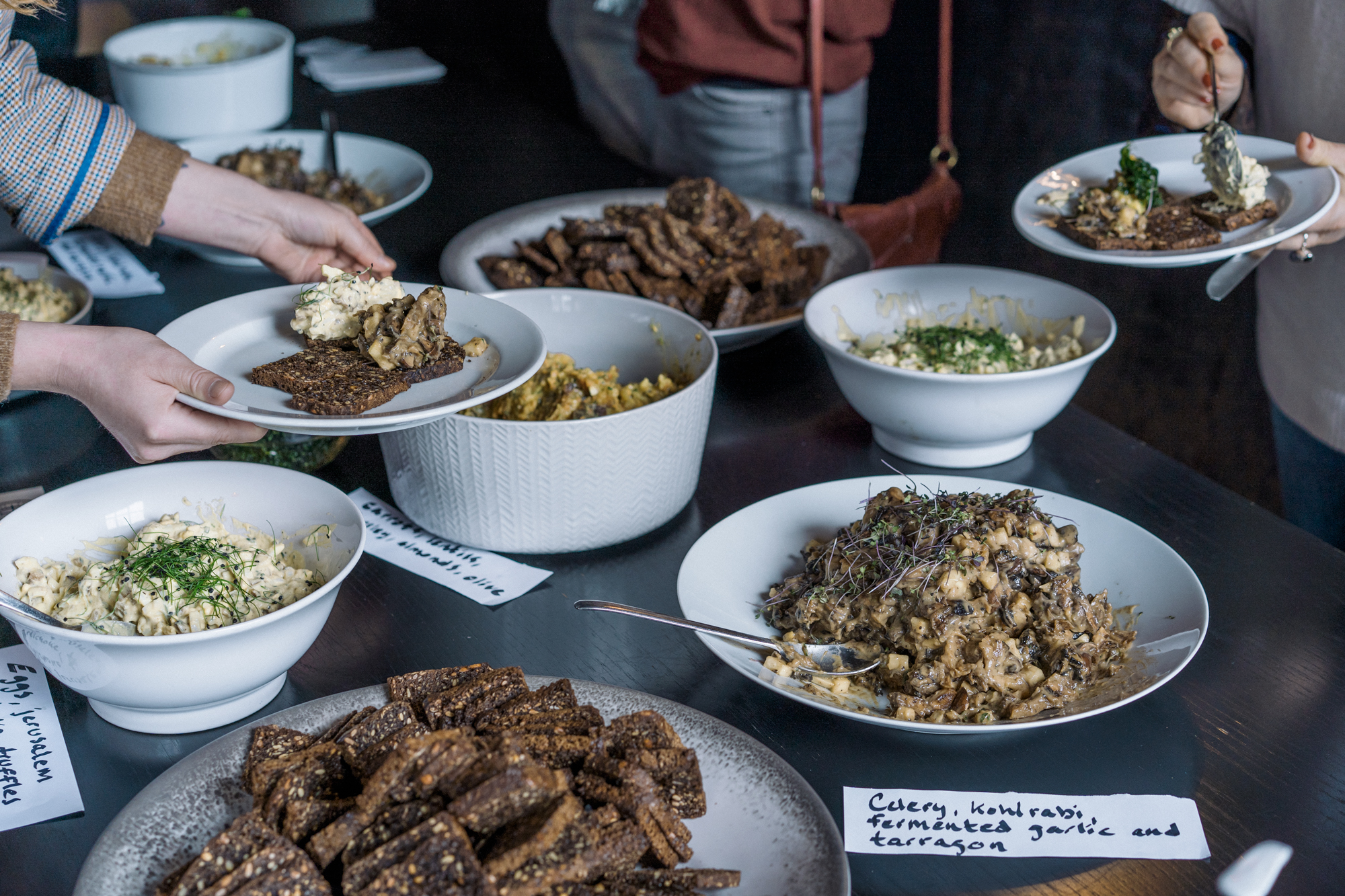 The FoodSHIFT 2030 project brings together researchers, civil servants, entrepreneurs, practitioners, and citizens who share a common vision of transforming the food system to better meet the needs of the people and the planet.

At the Roundtable 1 kick-off meeting in Copenhagen in February 2020, the Project Coordinator Christian Bugge Henriksen gave a presentation on how the FoodSHIFT 2030 project will transform the food system by addressing the triple challenge of climate change, malnutrition, and urbanization –

“Our house is on fire, our food is killing us, and we have disconnected ourselves from the land that feeds us. With current projections – in a business as usual scenario where we are not doing anything to limit GHG emissions the global average temperature will be more than 4 degrees higher in 2100. Currently, 70% of all deaths in Europe can be ascribed to non-communicable diseases, such as diabetes, strokes, and certain types of cancer that are all significantly affected by what we eat and how much we eat. Whereas GDP per capita in urban regions is 24% higher than the EU average, GDP per capita in rural regions is 30% lower than the EU average. With all these challenges we cannot delay action. And our youth has called upon us to act. We urgently need a green transition of our society, and we urgently need a transformation of our food system”.

A healthy diet is a primarily plant-based diet

Recent research, including the report from the EAT-Lancet Commission that was published last year clearly demonstrates that a healthy diet is primarily a plant-based diet and that a plant-based diet has lower GHG emissions. A transition to less meat and more plant-based diets has significant health and climate change co-benefits that may be exploited to avoid up to 10%, 20% and 42% of the deaths caused by cancer, coronary diseases and Type-2 diabetes, respectively[1], and at the same time reduce food related GHG emissions by up to 70%[2].  More plant-based diets are the key to solve the food and nutrition security challenges in Europe and will be able to contribute significantly to achieving the EU targets for reducing GHG emissions to at least 50% and towards 55% by 2030 as proposed in the European Green Deal.

A revitalization of urban-rural linkages is essential

Despite sustained growth in rural areas, there is a widening urban-rural gap that threatens territorial and social cohesion in Europe[4]. Structural changes in agriculture are causing population and employment to become increasingly concentrated in urban areas resulting in a shrinking of the population in rural areas[5]. Increasing urbanization also poses an additional challenge for both food and nutrition security and sustainable development due to the high pressure that is placed on available land and natural resources to feed an increasing urban population[14]. A balanced and socially inclusive development of urban and rural areas, including both a development of urban and rural food systems and a revitalization of urban-rural linkages and partnerships will be essential for promoting territorial and social cohesion and securing the achievement of the SDGs.

It is the ambitious goal of the FoodSHIFT 2030 project to provide safe, healthy, nutritious, and affordable food for all. This food should be produced, distributed, consumed and recycled in a sustainable food system, while at the same time contributing to reducing global GHG emissions and reconnecting us with the land. Both urban and rural residents should be able to live healthy and fulfilling lives, and all citizens should be empowered to make informed decisions about their food consumption and influence the way their food is produced and distributed within the city-regions. This may sound like a dream. But the time is ripe. The FoodSHIFT 2030 project comes at the right time at the right place

We are kick-starting a citizen-driven food system transformation

In October 2019, 14 mayors from the C40 Cities Network signed the Good Food Policies Declaration committing to i) align food procurement policies to the Planetary Health Diet, ii) support an overall increase of healthy plant-based food consumption, and iii) reduce food loss and waste by 50%. In December 2020, the European Commission launched the roadmap for the European Green Deal,  including the Farm to Fork strategy focusing on: i) more efficient and sustainable food systems, ii) healthy food consumption and iii) better-informed citizens. Furthermore, food consumption patterns are changing: Retailers are reporting decreasing sales of meat and increasing sales of plant-based alternatives, with 50% of European consumers consciously cutting-out meat and increasingly identifying themselves as flexitarians. Building on these recent developments the FoodSHIFT 2030 project is kick-starting a citizen-driven transformation of the food system and we are inviting everyone to join!

The transformation of the food system will be initiated and facilitated through the establishment and operationalization of FoodSHIFT Accelerator Labs (FALs). The FALs are established as open innovation living labs featuring multidisciplinary collaboration between key food system stakeholders from private companies, local governments, research institutions, and civil society in nine European city-regions. In each of the FALs we are going to explore the existing food system innovations to identify their potential for further development. Based on this we are going to define common priorities and develop tailor-made trajectories for each of the FALs

Subsequently, we are then going to implement a ground-breaking mechanism for accelerating the development of food system innovations and increasing their technological and societal readiness levels. We are going to do this by maturing, combining, and upscaling them. To support this acceleration of food system innovations the change-makers in each of the FALs will be supported by a team of experts. These experts will be able to provide support on innovations for the entire food value chain, including production, distribution, consumption, and recycling/upcycling.

Assessing the benefits, governing the transition and multiplying the impact

An assessment of the environmental, societal and economic benefits of the food system innovations and their effect on food security and food sovereignty will be performed and governance strategies to support sustainable food system innovation and transition will be co-created. Subsequently, the impact of the project will be multiplied through knowledge transfer between the FALs and via the establishment of and knowledge transfer to 27 FoodSHIFT Enabler Labs and further on via a number of city-region networks, including the Fab City Network, the Sustainable Food Cities Network and the C40 Food Systems Network

The FoodSHIFT 2030 project will operationalize four Impact Pathways to ensure that citizen empowerment, job creation, sustainability and food system transition are fully integrated across the entire project. Furthermore, the four FoodSHIFT Blueprints, including a Citizen Empowerment Scheme, a Job Creation Platform, a Sustainability Scoring System and a Food System Transition Toolkit to provide continuous support for a food system transition towards a low carbon circular future even beyond the project lifetime

Citizen-driven innovation is the cornerstone of the FoodSHIFT 2030 project – would you like to join?

[6] Food and Agricultural Organizations of the United Nations. (2011). Food, Agriculture and Cities. Challenges of food and nutrition security, agriculture and ecosystem management in an urbanizing world.